After 22.5 h of agitation of the mix ,the reaction is stopped by adding few drops of H2SO4   and the PH is adjusted to 2, here the ampicillin is presented ionised in the solution.

The mix is then filtrated using filter paper , 10 mL of butyl acetate is added as solvent to 20 mL filtrate, the organic phase is taken after decantation and the PH is adjusted to 4 by adding NaOH then (2% W/V) NaHCO3 is added  . Ampicillin crystals are formed.

The mix is cooled down at 40 and then filtrated so ampicillin sodium salt are obtained.

After crystallisation the crystals are dissloved in 2 ml phosphate buffer , filtrated and then quantified by using microbiological essay as mentioned previously.

Then the results are mentioned:

Here two method of the crystallization can be applicated. The first one is mentioned below:

(Take 1ml of the filtrate for the bacterial sensibility test later)

{We will carry out a qualitative, non-quantitative antibiogram, just to see the appearance or not of an inhibition zone following the application of: filtrate, the organic phase and the aqueous phase, stored in the eppendorfs tubes (as already explained) on petri dishes containing Muller-Hinton medium. So, we are going to test the effectiveness of the antibiotic on the bacteria.}

then after 10 days we observed the formation of thin crystals which must be tested based on the sensitivity of E.coli against ampicillin. 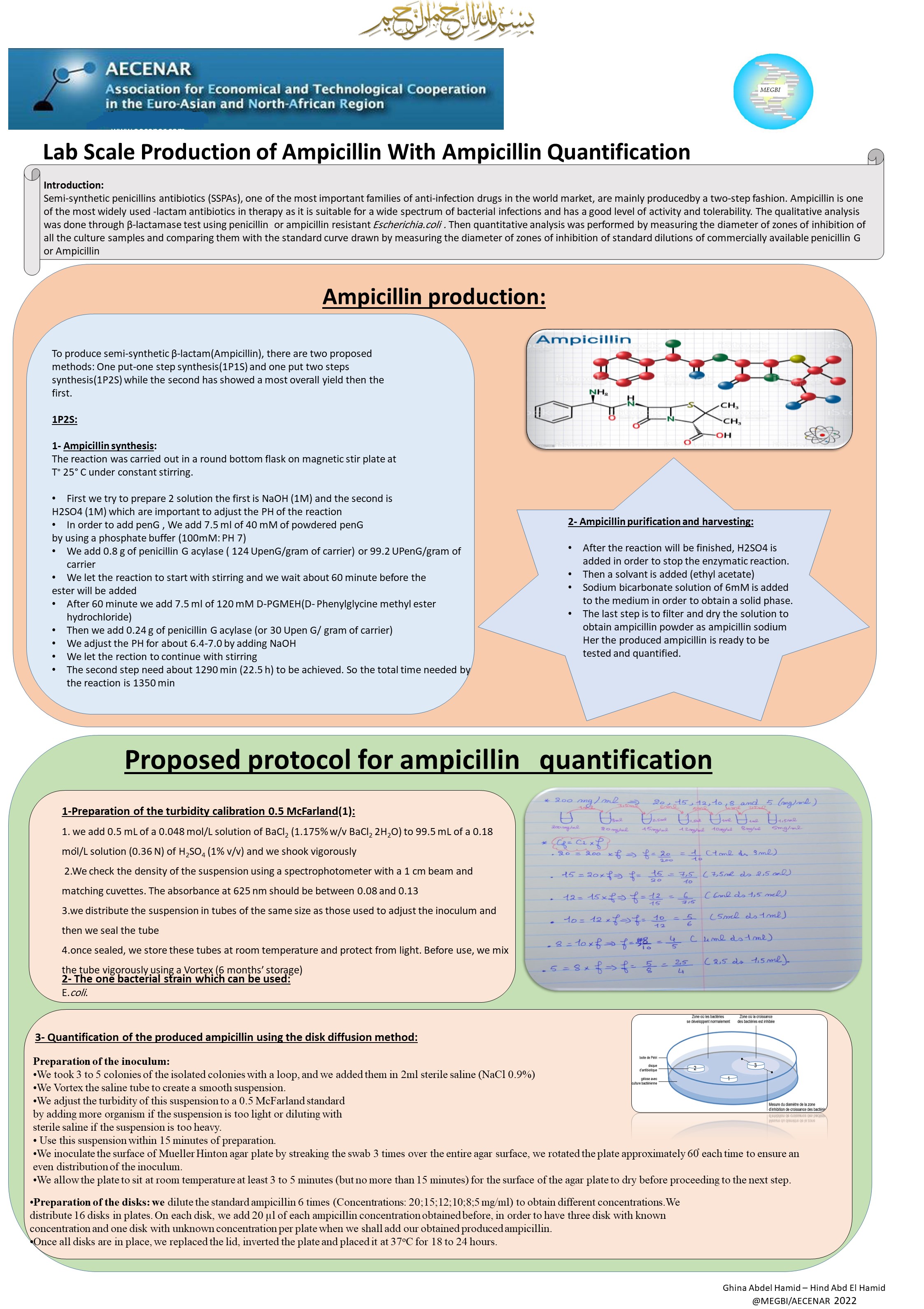