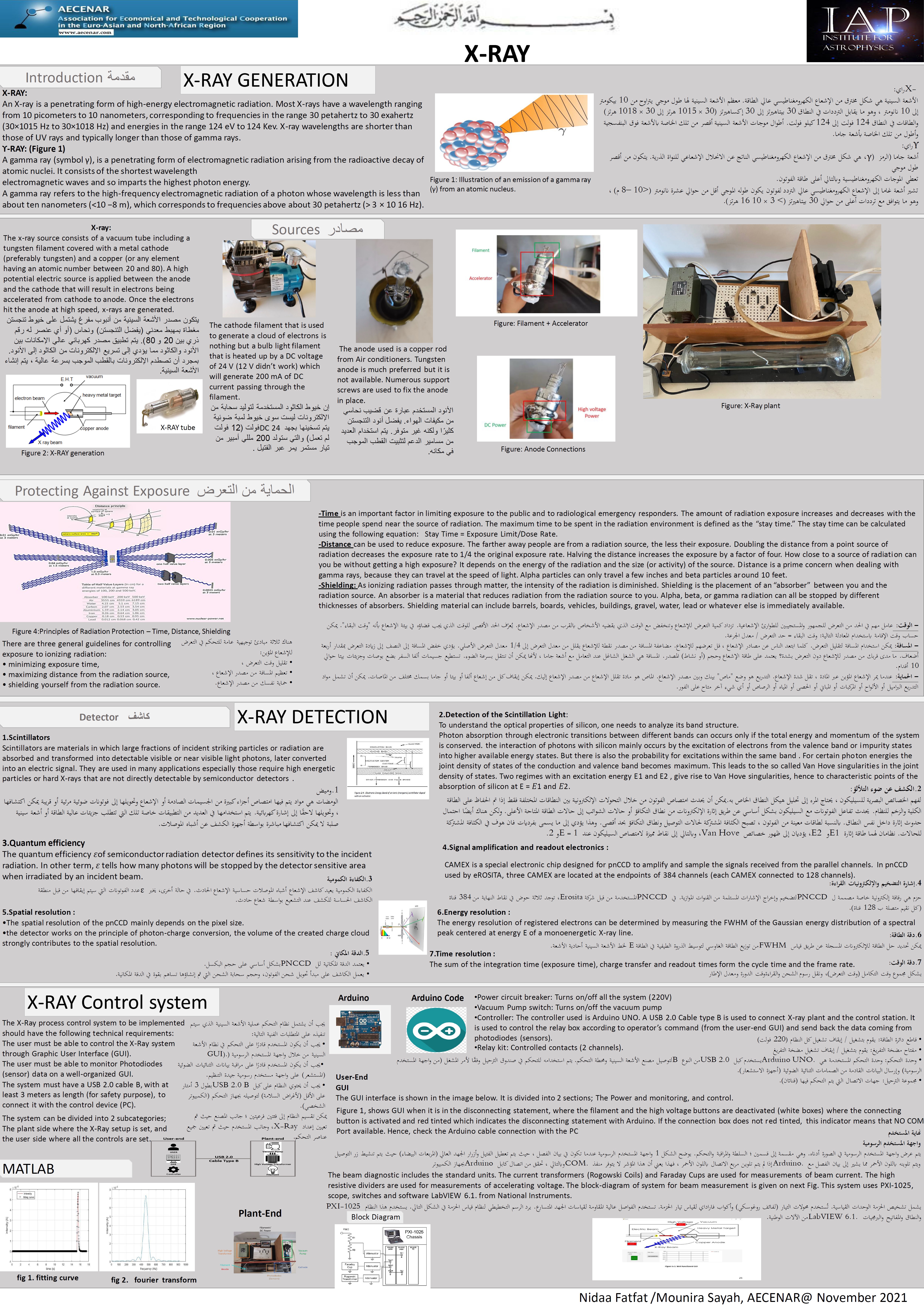 X-ray astronomy is an observational branch of astronomy which deals with the study of X-ray observation and detection from astronomical objects. X-radiation is absorbed by the Earth's atmosphere, so instruments to detect X-rays must be taken to high altitude by balloons, sounding rockets, and satellites. X-ray astronomy is the space science related to a type of space telescope that can see farther than standard light-absorption telescopes, such as the Mauna Kea Observatories, via x-ray radiation.

X-ray emission is expected from astronomical objects that contain extremely hot gases at temperatures from about a million kelvin (K) to hundreds of millions of kelvin (MK). Moreover, the maintenance of the E-layer of ionized gas high in the Earth's Thermosphere also suggested a strong extraterrestrial source of X-rays. Although theory predicted that the Sun and the stars would be prominent X-ray sources, there was no way to verify this because Earth's atmosphere blocks most extraterrestrial X-rays. It was not until ways of sending instrument packages to high altitude were developed that these X-ray sources could be studied.

The existence of solar X-rays was confirmed early in the rocket age by V-2s converted to sounding rocket purpose, and the detection of extraterrestrial X-rays has been the primary or secondary mission of multiple satellites since 1958.[1] The first cosmic (beyond the solar system) X-ray source was discovered by a sounding rocket in 1962. Called Scorpius X-1 (Sco X-1) (the first X-ray source found in the constellation Scorpius), the X-ray emission of Scorpius X-1 is 10,000 times greater than its visual emission, whereas that of the Sun is about a million times less. In addition, the energy output in X-rays is 100,000 times greater than the total emission of the Sun in all wavelengths.

Many thousands of X-ray sources have since been discovered. In addition, the space between galaxies in galaxy clusters is filled with a very hot, but very dilute gas at a temperature between 10 and 100 megakelvins (MK). The total amount of hot gas is five to ten times the total mass in the visible galaxies.